Character of a Man Mary B. Morrison

Seven Stephens seems to have it all—money, mansion and a man—but is taken by surprise when her fiancé tells her the wedding is off if she can’t lose twenty-five pounds in six weeks. In no time, she’s out the door and headed for Punany Paradise for a sensual workout that’s both sweet revenge and sweet surrender….

Blow, Nap, and Tomere are three grimy playahs from the hood. Nicknamed Dirty, Dastardly, and Depraved, these three NFL stars have no problem living up to their names on and off the field. But when they scheme to take out their biggest competition, a promising quarterback, they finally meet their match. Not in a vengeful ball player, but in three wicked and sexy sistahs. And it won’t take Sugar, Honey, or Ice Tee long to wreck everything in their path. Because vicious hotties always take whatever they want and ruin whatever they please…

Praise For The Novels Of Mary B. Morrison

“With well-crafted characters and an intriguing plot, Sweeter Than Honey is an exciting start to The Honey Diaries Series and will have you eagerly awaiting the next installment.” —UrbanReviews.com

“After reading this intriguing story about love, faith, and happiness, you may never say never again.” —E. Lynn Harris on Never Again Once More
“Morrison delivers a deep, passionate story that holds readers from beginning to end.” —Black Issues Book Review on He’s Just A Friend

Praise For The Novels Of Noire

“Thong On Fire is compelling and engaging, the kind of story that once started, is hard to put down.” —RAWSISTAZ Reviewers 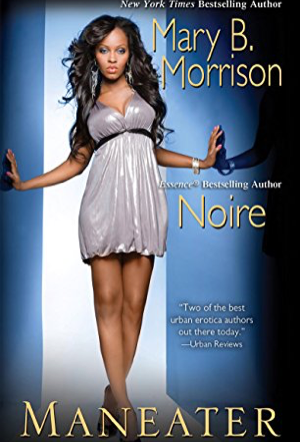