If You Don’t Know Me

New York Times bestselling author Mary B. Morrison delivers a scandalous story of two women, a sizzling wager, and the fallout that’s turned lives upside down. Now, with the only man they’ve ever wanted at stake, who will go one step too far to claim him?

I’m the woman Madison’s husband truly loves. And I’ll match her game for game to make him mine. Sindy Singleton isn’t about to lose Chicago DuBois to Madison again. But getting him to open his heart once more won’t be enough to satisfy her. Enlisting the help of Chicago’s worst enemy is the fastest way she knows to expose Madison’s most brazen deception yet. But Madison has more than one devastating card to play. . .

I don’t care what mistakes I’ve made. I’ll do whatever it takes to get my perfect marriage back. If there’s one thing Madison has learned from her disastrous bet, it’s how to turn catastrophe into opportunity. Playing on Chicago’s fatherly instincts will maintain her access to the DuBois fortune–and keep her family’s empire successful. Using sweet Sindy’s niceness against her will knock her out of the running. And the cherry on top: Madison’s got the perfect scheme to finally take care of her ex-lover, her rivals, and the husband she’ll never let go. . .

1. Which character is smarter, Madison or Sindy? How long do you think Madison will wait before she remarries?

2. Would Chicago marry Sindy if he knew she was involved in falsifying the paternity test?

3. If you had to marry one or the other, would it be Chicago or Chaz? Why?

4. When Chicago said to Sindy, “My chef prepared a chili bean casserole and a spinach quiche. It’s in the oven. If you don’t mind heating it up, that would make your man happy,” do you believe he sent a mixed message? What examples can you give of men acting as though a relationship is more than what it is?

5. Men often talk about “marriage material.” Realizing no one is perfect, which character would you marry? Which two characters would you like to see married?

6. Did Madison deserve to get played in the end? Do you know anyone who has lied about the paternity of a child? If your best friend confided in you that she’d lied to a man and told him he was the father, what would you do? What if the liar was your child? Is it your right to get involved?

7. Deception is deeper than love. Why do people, lie, cheat, and abuse their spouse, then beg that person to stay? Have you messed up then pleaded for forgiveness? Did staying make the relationship better or worse? Can you truly forgive someone after they’ve broken your heart?

8. Granville: Is he happy with his new wife? Does he deserve happiness? Or should he be behind bars?

9. If you had millions of dollars, would you give your soonto- be ex financial stability if they’d lied to you repeatedly? Why is Chicago extremely generous with Madison? Do you think they’ll get back together?

10. Would you agree with Granville’s perspective, “Freedom was more important than telling the truth. That’s why people hired lawyers to get them off the hook.” What relatable situations are you aware of?

12. What do you believe attracted Chaz to Numbiya? How can you tell if a man is “the marrying kind”?

13. How many people do you know who could be bought/ bribed for two million dollars? Would they kill someone for that amount of money?

14. Breast implants: Should women get them for cosmetic purposes? What part of your body would you enhance?

15. Do you believe, “Sometimes doing the wrong thing is right?” Have you ever intentionally deceived someone? If so, why? 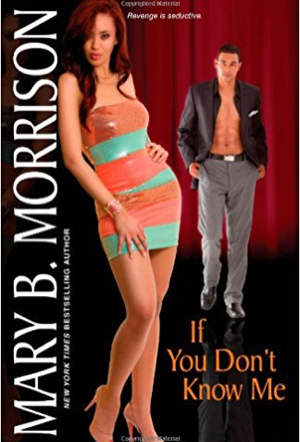